Tejgyan Foundation (TGF) was established with the mission of creating a highly evolved society through all-round self- development of every individual that transforms all the facets of his/her life.

The very purpose of Tejgyan Foundation is to work as the transformative agent to raise global consciousness, so that new vistas of a highly evolved society, that is waiting to appear, begin to manifest on Earth

TGF is a 100% volunteer organization. The Foundation has more than 20,000 self-driven volunteers People from all walks of life, such as doctors, scientists, educationists, businessmen, senior citizens, and housewives. The Foundation also has Trainers with extensive corporate and international experience. With the motto of spreading 'Happy Thoughts', the Foundation has published more than 200 books and CDs/DVDs on various topics from self-help to self- realization.

The Foundation has centers all across India as well as United States, Europe and Asia-Pacific.

The Foundation undertakes projects for self- development catering to various audiences such as the children, school students, the youth, women, senior citizens, teachers, doctors, police force and prisoners. TGF programs are tailored to address the specific needs for these varied target audiences.

1998 - Creation of a new System for Wisdom for imparting wisdom to attain enlightenment, practically and scientifically.

1999 - Tej Gyan Foundation (TGF) established as a charitable trust with the mission of creating a highly evolved society.

2002 - TGF sets up its first ashram as well as centers in Maharashtra.

2005 - TGF spreads its presence in Metros and Tier II cities across India.

2008 - TGF becomes the first spiritual organization to receive the ISO Certification (ISO 9001:2008) for its system of imparting wisdom. On 08/08/08, TGF unveils Maha Nirvaan Nirmaan (MaNaN) Ashram in Pune, which is being developed as its headquarters over 25 acres of land.

2010 - World Peace initiatives for various audiences are organized during the year, culminating in the World Peace Festival conducted in 50 centers worldwide, reaching across to around one million people.

2012 - Retreats are scaled up to cater to larger audiences by creation of scaled-up facilities at the Ashram.

2013 - TGF operates in various cities across India as well as in United States, Australia, Poland, UK and Singapore.

2014 - Year of the Youth. Programs, literature and retreats focused on imparting higher wisdom to the youth, aimed at fortifying their character . 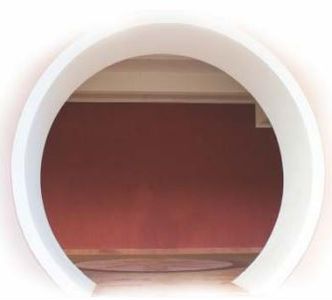